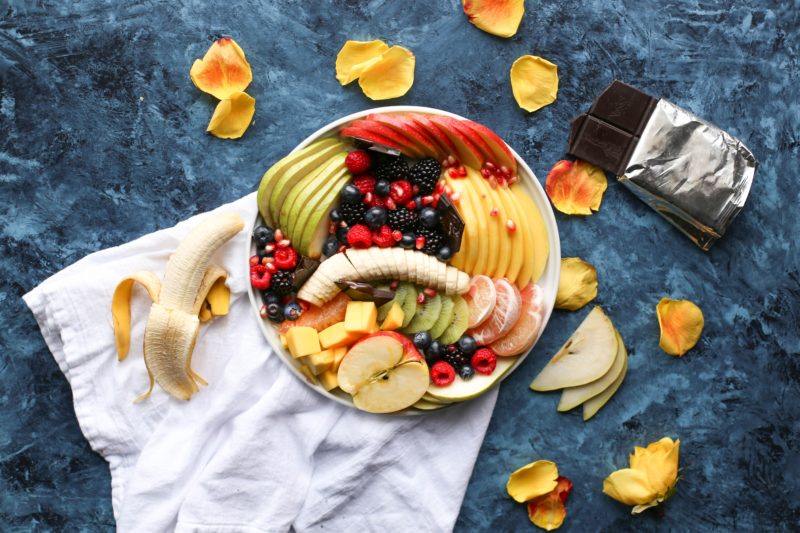 Why do you?get hay fever every spring, while?others are totally unaffected? Why can one person cuddle up with their dog, while you break out in hives from merely petting the furry little guy? Allergies and autoimmunity are complicated conditions that exist on a spectrum, and have a few things in common.

Epigenetics are all of the environmental factors that control your genes, so if you?re stressed out, not sleeping, eating an inflammatory diet, not exercising, and are surrounded by toxins in your home and on your body, there?s a good chance you?ll have some kind of inflammatory symptoms. These could be itchy, watery eyes from allergies or fatigue, brain fog, and constipation from an autoimmune condition.

These factors cause your immune system to kick up and start overreacting to normal stimuli, which ultimately produces systemic inflammation. Identifying the symptoms can help you get to the bottom of what?s causing your autoimmunity or allergies.

Symptoms of Autoimmunity and Allergies

Autoimmune and allergy symptoms are all on the inflammatory spectrum, so they can literally affect your entire body and cause many symptoms simultaneously.

Lab testing for allergies and autoimmunity can be exhausting, since the symptoms are vast and systemic.

Allergies are more easily tested, as you can do IgE antibody testing or skin prick testing to identify environmental allergens.

If your symptoms are outside the realm of typical allergies, then further investigation is warranted. Start?with general testing to confirm that you have an inflammatory or autoimmune-based condition.

The serum labs for nonspecific markers of inflammation will let you know if you have an inflammatory or autoimmune process going on inside your body. If your symptoms coincide with a specific illness?for example, stomach pain, brain fog, and depression would possibly correlate to celiac disease?then specific testing should be initiated as well.

An important feature of reversing inflammatory, allergic, and autoimmune processes is finding the root causes. GI infections, food sensitivities/intolerances, toxicity, and hormone imbalances are all causes that could?be contributing to your condition, and should be identified.

Testing for specific conditions?is the next logical step if general testing suggests an autoimmune or inflammatory process, or if your symptoms correlate to a specific condition. For example, TPO (thyroperoxidase antibody) and TGA (thyroglobulin antibody) should be tested for autoimmune hypothyroidism (Hashimoto?s).

Allergies are a hypersensitivity reaction to a substance that normally doesn?t cause a problem in most people. Once the substance is encountered and your immune system identifies it as foreign, it creates specific antibodies against the substance?s antigens (proteins).

IgE antibodies are one of several types of antibodies. They?re created when your body has?a true allergic response to a substance and is considered a fixed allergy in that it will almost always provoke an immune response when the allergen is encountered. This type of testing analyzes your blood for the presence of IgE antibodies.

The skin prick or scratch test is often used as a quick screen, as it can be completed during an office visit. This test is administered on your back or arm, and anywhere between 20 to 40 substances can be tested, from dust, dander, and pollen to mold and foods.

A drop of the allergen is placed on your skin, and then a lancet is used to prick the skin, allowing the allergen to penetrate. Fifteen minutes later the results will be interpreted. A positive reaction will form a raised red bump that may itch (called a wheal). This type of test is usually performed in your doctor?s office.

CRP (C-reactive protein) is a protein made largely in the liver, immune, and fat cells in response to various inflammatory processes, such as tissue damage, infection, and disease states.

It?s released into the blood within a few hours of the inflammatory event; thus, it?s called an acute phase reactant. It?s a general marker of inflammation and isn?t specific to any particular condition. It can be used to track inflammatory and?autoimmune conditions, as well as monitor flares. It?s often ordered with an ESR.

ESR (erythrocyte sedimentation rate) describes the inflammatory process in which red blood cells (erythrocytes) clump or aggregate together, causing sedimentation. The ESR measures the rate at which the erythrocytes settle in one hour in a vertical tube. It?s useful for assessing tissue destruction and levels of inflammation. Similar to CRP, the ESR is also a non-specific marker.

ANA (anti-nuclear antibody) is measured to assess levels of antibodies produced against?the nucleus of a cell. It can be useful for identifying autoimmune conditions that affect multiple tissues throughout the body, such as lupus (SLE). ANA is a general indicator and isn?t specific to one particular condition.

RF (rheumatoid factor) is an antibody that?s detectable in up to 80% of rheumatoid?arthritis (RA) cases, but it can also be present in other autoimmune conditions such as lupus, scleroderma, and Sjogren?s. It can be helpful in distinguishing RA from other arthritic disorders.

Lactoferrin is a protein produced to combat inflammation. Lactoferrin can be measured in a stool sample and reflects inflammatory processes. It?s useful in diagnosing ulcerative colitis (UC) and Crohn?s versus non-inflammatory IBS. Since it isn?t specific, other causes of inflammation must be investigated such as dysbiosis, GI infection, and food intolerance.

Calprotectin is another protein measured in the stool that?s produced by a white blood cell called a neutrophil. Since neutrophils aggregate at the site of inflammation, calprotectin is more useful for diagnosing UC and Crohn?s against non-inflammatory IBS, as well as monitoring their progression. Other sources of inflammation should still be ruled out with other tests.

These are some of the common antibody (Ab) and gene tests associated with specific conditions. They may be helpful in diagnosis, along with other advanced tests and procedures such as biopsy or imaging.

There are also specialty lab tests for celiac that involve testing IgG and IgA antibodies against gliadin, glutenins, gluteomorphins (made during the digestion of gliadin), and tissue transglutaminase. Cyrex Laboratories offers this panel, which is called the Array 3: Wheat/Gluten Proteome Reactivity & Autoimmunity.

Cyrex also offers the Array 5: Multiple Autoimmune Reactivity screen that measures IgG and IgA antibodies against 24 tissues and organs in the body. It?includes many of the specific antibody tests, including ASCA, ANCA, TPO, TGA, GAD 65, and APA (discussed previously).

This test is very useful because it screens most of your body at once for AI, and when you have one known autoimmune condition, there?s an increased risk for autoimmune activity against other tissues. The tests in this panel can also be obtained in smaller panels according to condition or tissue type, including diabetes, neurological, and joint autoimmune reactivity screens.

Most of these tests can be obtained and completed by going through Direct Labs, which is a centralized location to buy and organize tests from labs such as LabCorp or Quest, as well as specialty lab companies who do mold and inhalant allergy testing.

How to Find an Experienced Functional Medicine Practitioner