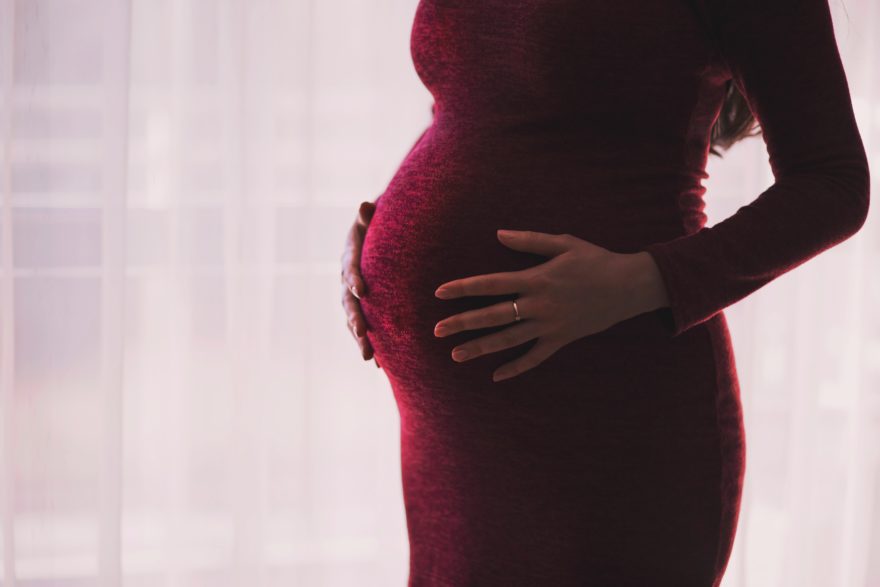 I?m going to share how I achieved amazing poops since pregnancy constipation is one of the worst symptoms women often have. For some, that claim sounds unattainable. I was one of them given my experience with baby number one?

During my first pregnancy, I suffered from horrible constipation. My stools were little, tiny rabbit pellets that took forever to come out. ?Plus, I wasn’t going every day.

I was miserable because I was used to having perfect Bristol scale #4’s. ?As a functional medicine practitioner, this is what we view as ideal. Now I was having #1?s which signifies severe constipation. I tried several forms of magnesium, eating more vegetables, and dried fruits such as prunes, and nothing changed. I resigned myself to the ?sentence? of pregnancy constipation and chalked it up to hormones.

After the birth I figured I was in the clear…

No such luck. Things got even worse. I didn?t think that was possible.

I was reluctant to share these details, but I know how important it is to have healthy bowel movements. And, I don?t want you to go through what I went through.

The delivery of my son was wonderful (not easy, but wonderful). My midwives said to make sure I pooped within the first couple days, but I was caught up in baby bliss and didn?t really pay attention. I tried to go several times, but I was still really sore from the delivery.

Truth: I pooped during the delivery and that was the last time I?d go for 2 whole weeks!

On day 14, I had an extreme urge to go since the stool had been building up. I sat on the toilet for 30 minutes. Nothing. I got up, moved around, squatted a little, and tried again. Nothing. 45 minutes later, my husband was concerned so he came to check on me (to make matters worse we had visitors and they wondered where I?d disappeared to). ?Talk about embarrassing!

I told him what was up and sent him away. I was too proud to ask for help.

I hung out in the bathroom for another hour and still nothing. I had to feed the baby so I took a break and finally asked for stool softeners and an enema. The stool softeners didn?t help so I swallowed my pride and tried the enema. All by myself.

Not a good idea for anyone, let alone someone who just gave birth. I?ll spare you the details, but there was lots of crying, a mess, and I ended up having my husband administer it. Probably the most humbling experience of my life. BUT I HAD RELIEF!

After that, my stools slowly became more regular and I was back to normal.

I vowed if I got pregnant again, I wouldn?t let myself stay constipated.

This time my diet was dialed in from the beginning and I was taking probiotics, fish oil, and Natural Calm magnesium. It staved off the constipation until around week 14. I slowly went from #4?s to 1-2?s again as the progesterone ramped up in my body. Progesterone causes the muscles in the walls of the intestines to relax resulting in constipation. It’s also responsible for slower emptying of the stomach and heart burn.

My midwives suggested a different magnesium supplement that also had calcium. I gave it a try and it helped a little, but not enough. ?So, I put on my clinician?s hat and thought, ?What would I tell a patient?” When working with patients and magnesium doesn?t help, we usually suggest adding in other minerals like potassium and calcium via food and/or supplements.

Ding! Ding! I had a major “a ha” moment. That’s when the magic combination was conceived!

I made myself a smoothie loaded with fiber, healthy fats, and?important mineral rich foods since these are known to combat constipation. It actually works so well so sometimes I need to dial down the fiber!

The starred ingredients are important since they either have high fiber or mineral content from magnesium or potassium. Avocados, dates, and bananas are the real whole food stars here.

8-12 ounces of water (can substitute coconut water* or liquid of your choice)
? small banana*
? avocado*
1-4 dates (I used 1-2 for the first 2 trimesters and 3-4 during the third)*
? – 1 serving of this fiber blend*
1 serving of protein of your choice (I rotated between collagen and pea/chia protein)
? cup frozen berries

Additions: 1 handful of leafy greens or tablespoon of raw cacao powder to change it up.

This recipe can be altered to taste and amounts for effectiveness. It?s a nutrient bomb for growing baby and mama, as well as keeping constipation away! It’s kept me going for most of the 2nd and 3rd trimesters, and I’m hoping postpartum too!

What have you tried to remedy pregnancy constipation?