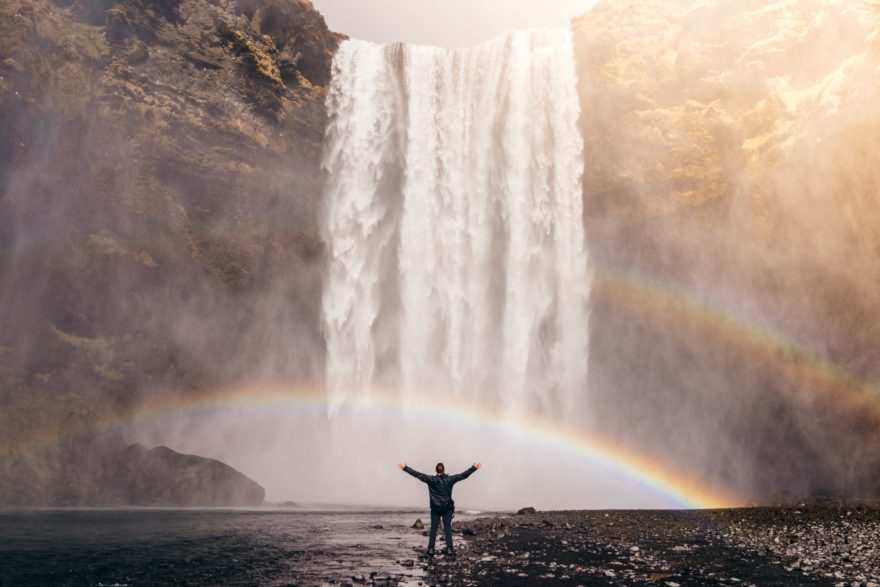 My 28 day Autoimmune Paleo Rotation diet is complete! This was a great learning experience for me since I haven?t done an elimination this long in 2 years, and even more, never one this strict.? This diet was more stringent than a typical rotation diet since it didn?t give any variability within each day as you?d normally get in a rotation. This makes it easier to plan and execute, in my opinion. You don?t have to think too much, kind of like wearing a uniform to school or work!

I feel great! I estimate my symptom reduction in the ballpark of 90-95%.

Itchy red bumps on my skin, random itching all over my body, light acne (associated with hormone fluctuations), and occasional headaches were my primary symptoms. I also tend to get ringing in my ears and a sore tongue or cankers with certain foods. The skin and tongue issues had been getting progressively worse, and if you recall from the beginning of my journey, I actually got a true hive. That was what I was afraid of all along! As often is the case in the healing process, sometimes things get worse before get better which I expected.

Now I only get the occasional itchy spot, not even every day. There?s no redness associated with it either. I haven?t had a headache (other than the virus) during the entire process. ?My tongue is much less reactive, and I realized might be my canary in the coal mine. It seems to be one of the first symptoms to show up when I have a reaction to a food. Similarly, my soft palate may also burn. Any symptoms related to hormones have significantly reduced too. I have more energy and better sleep too. I?d say this was a successful experiment!!

New Baseline Established. This is a really important point. Now that I?ve had a significant reduction in symptoms, I have established a new baseline. When I reintroduce new foods and observe for symptoms, I?ll use this as my new set point to gauge any reactions.

The big take-away here is that your baseline can and will fluctuate with therapeutic interventions. At the beginning of the rotation, I?d say mine was a 7 (with 10 begin horrible symptoms), and now it?s a 1.5. It?s always important to have an idea where you?re at so you and any practitioner you work with can measure progress.

Simple Food Tastes Really Good. I?ve always been a fan of bold flavors, but I realized that eating food prepared in a simple manner can be amazing too. A ?hash? of ground buffalo, kale, and sweet potatoes with a little sea salt and oregano is really tasty, as are many other combinations. Eating this way gives the opportunity for high quality ingredients to sing. ????

I Never Felt Deprived. This was probably the biggest revelation of all for me. I thought I?d miss having elaborately seasoned dishes with lots of ingredients, but even more, I thought I?d be starving. Neither were the case. I was surprisingly satiated the entire time. I made adjusts for increased physical demands on workout days, but I was never, ever starving. Nor did I ever feel like I was missing out by not being able to eat certain foods.

Symptoms Can be Confusing to Navigate Even for a Trained Professional. When you have lots of symptoms that fluctuate on a daily basis, especially at the beginning, it can be difficult to figure out what?s causing them. During those times, I relied heavily on my diary to track what I thought the likely culprits were. When I ate those foods again I knew to look out for reactions. I also knew not to combine them with the other suspect foods. I still don’t know with 100% certainty about a few foods. I’ll consider testing for them when I’m through the entire process if I think they’re still a possible issue.

The Healing Capacity of the Body is Amazing. I?d been experiencing my symptoms on and off for almost a year and a half. I?d take a couple foods out of my diet or try certain supplements, but nothing seemed to make them completely go away because I wasn?t doing the right things. I knew the first step was to do an elimination diet to get the food situation under control.

I’m shocked at how rapidly my symptoms declined. At the 2.5-3 week mark I largely felt as good as I do now. That’s pretty darn fast.

The Process Really Wasn?t Difficult. ?One of the biggest ways we tend to psych ourselves out is to think that doing something different will be hard, which often delays or prevents us from starting new things.

Once I wrapped my brain around what I needed to do and got into the groove, I was set. The first 2-3 days were a little rough, but I made it through and then it became my new routine. I plan on maintaining these new routines as they are since it was so easy to follow.

The Hard Truth?You Are The Only Thing Standing in Your Way. We are in control of ourselves- period. We often sabotage our goals with negative self-talk or excuses. We can come up with all sorts of reasons why it isn?t a good time to do an elimination diet, lose weight, or quit sugar, gluten, or smoking, but they are purely justifications to make ourselves feel better about not doing what we know we need to do.

We all have lives. There will always be work, events, holidays, finances, stress, etc.- that won?t change. What can change is how we think about things. That is what will allow you to achieve any goal you have.

During my month long elimination I had St. Patrick?s Day, Easter, and my birthday, as well as everyday life and a day long road trip. I decided not to let that stop me. I planned so that I could successfully make it through the process.

Since I?m feeling so good I?m staying on the rotation in an expanded way for 2 more months. My plan is to add more foods back in systematically. I?ll test them on day one, and won?t add anything else new in for 2-3 more days. If I react to a food, I?ll keep it out of my diet for 3-6 months. If I don?t react, it will become part of my rotation.

In general, when adding foods back in, I usually start with things I like that I don?t seem to react to. I usually save possible problem foods for later.

I?m starting with eggs because I don?t think I react to them and REALLY miss them. So far, so good. No immediate reactions, so I?ll eat them again today two more times. I?ll watch for delayed responses to the eggs over the next 2-3 days. After that I?ll probably test walnuts, then pumpkin seeds. I?m not sure after that?? I?ll also continue to record everything.

I know in the past I may have had some type of reaction to tomatoes- usually cooked in combination with a high protein meal. That will probably be one of the last things I test since I know I?ve had issues in the past. I will also test raw tomatoes in a salad and see if I handle those in a different way since the preparation can be a factor as to if you?re going to have a reaction as well. For certain foods, it?s a good idea to test raw and cooked variations.

It?s never a good idea to jump back into your old habits or patterns that you had when you weren?t feeling well. Some people are just ?dying? for certain foods and an alcoholic beverage. If that?s the case, you really need to check in with yourself and figure out where you?re feeling deprived or unfulfilled in your life because there?s a good chance you?re filling a void. No, you don?t need bread or cheese or ice cream, or beer, or whatever?. you want them. There?s a big difference.

I believe another key to success and enjoying a diet of any kind, but especially a rotation diet, is to eat foods you like that are allowed on the program. There is always room for personalizing the menus to suit your tastes. Don?t be afraid to try new things either. I realized I liked lamb and collard greens, but don?t like dandelion greens.

Adjusting quantities to meet your caloric demands is also important. A 125 pound woman that does yoga and walks will need substantially less than a 125 pound woman that lifts heavy weights or trains for triathlons, or 225 pound guy that competes in strongman competitions.

Supplementation is another opportunity for personalizing. As discussed in the previous post, digestive enzymes and betaine HCL are good support supplements for a program like this, but many other types of supplements would work well here to support healing.

Once you?ve gone through the process of a 30 or 60 day elimination and still have some symptoms, testing may be the next logical step. GI infections are often the root cause of leaky gut and food intolerances, so identifying and treating them will often provide the last piece of the puzzle you need to heal and feel amazing.

I previously worked on Candida and some dysbiosis, so I?m focusing on rebuilding and supporting my flora as an ongoing part of my program.

This was an awesome experience that was long overdue because of my own procrastination. Once I get through the next month or two of the expanded rotation and testing foods, I?ll take what I?ve learned and apply it to my normal diet. I?ll keep the rotation feature in because I think it?s a bad idea to get into the habit of eating the same food daily. I?ll also expand my diet as wide as possible since I believe in varied nutrition- somewhere in the realm of Paleo-AIP plus. I add the ?plus? because I know I handle certain foods well that aren?t considered Paleo or AIP. For example, I tolerate certain legumes and quinoa when prepared properly. While I don?t think it?s a great idea for me to eat them daily, I will eat them on rare occasion with no issues.

The take home message is to tune into your body and listen to what it tells you. Make adjustments as you need to. There?s a whole lot of wisdom and guidance at your fingertips every single day- you just need to be open to hearing it.

You CAN Do An AIP Elimination Diet While Breastfeeding