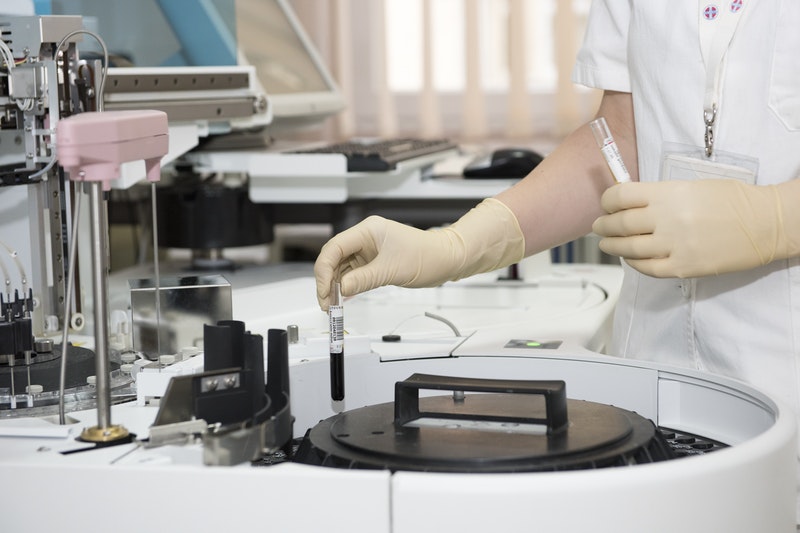 Nothing says good morning quite like pooping into a toilet hat and transferring part of that specimen, using a spoon, into a test tube.?While this might sound a little gross on the surface,?it can tell you a lot about your health.

The condition of your gut and how well you can absorb, utilize, and eliminate nutrients represents the foundation of health in your body. Digestive symptoms manifest as anything from brain fog, fatigue and acne, to diarrhea, gas, and bloating. The symptoms are vast and can be confusing, so clearly knowing what you?re looking for helps.

Understanding your symptoms can be a useful guide for choosing the correct test.

Which Test Do I Choose for Digestive Problems?

Choosing digestive tests can be a daunting task, especially when the symptoms seem to be coming from everywhere in your body. Starting off with the basics and expanding from there is always a good way to proceed when doing any testing.

The first thing to consider is if the symptoms suggest an acute infection, such as parasites or food poisoning. If this is the case, then testing to identify the organism is best. This usually involves a stool test and/or blood testing.

If your symptoms are chronic or more vague, then approaching tests with a broader scope can more easily pinpoint the root causes (there are often many). Dysbiosis, malabsorption, nutrient depletion, and GI dysfunctions like increased or decreased transit time often occur together.

When using this approach, the first goal is to identify and eliminate all pathogens, because if they?re present, you?ll have dysbiosis. Next, identifying the composition of the gut flora and checking immune and gut function will help direct treatment in the healing and rebuilding phases.

Occasionally, things don?t go like you want them to?and further testing is warranted. Some companies offer specialty tests for food sensitivities or allergies (like celiac), detoxification, specific toxin testing, and hidden infections.?We?ll get to these types of tests later on.

General?tests can be completed by lab companies such as?LabCorp or Quest, as well as specialty labs:

Functional tests are more in-depth than standard digestive tests. They?re provided by specialty labs and often require a practitioner to request them for you:

Stool testing is just what it sounds like?an examination of your stool for good and bad organisms, toxins, and the presence of blood.

Typically, stool tests incorporate a stool culture of common bacteria, microscopic analysis for yeast, fungi, parasites, and blood cells, and sometimes testing for toxins that organisms excrete, such as the Shiga toxins (E. coli) or Clostridium difficile toxins A and B.

Additionally, most of the functional/specialty labs do antibody tests for hard-to-identify organisms, such as Giardia lamblia, Cryptosporidium parvum, Entamoeba histolytica, and Helicobacter pylori as a part of their normal stool testing.

One of the big differences is that some labs offer one-day tests while others offer three-day tests. The benefit to three days? worth of samples is that there?s a greater chance of identifying elusive GI organisms.

That?s not the whole story, though. While most labs rely on traditional methods to identify organisms, some labs offer PCR-based testing, which means they?re using DNA to identify and only require one sample.

Serum testing requires a blood draw, and the sample will be used to identify any organisms in your bloodstream.?This may happen if you?ve had a systemic illness that may have spread from another area, such as the digestive or urinary tracts.

Bacteria, yeast, and other fungi are often identified in this manner. Yeast is especially important to consider here, because it?s opportunistic and will go beyond the limits of the GI tract in people with compromised immune function or co-infections.

This test is most likely to be conducted through a standard lab, at a hospital, or through your doctor?s office. It?s not something offered through specialty labs.

Antibody or Antigen Testing for Infections

Antibody testing is similar to serum testing in that it offers another means of identifying sometimes hard-to-locate organisms. Antibody testing can be done on blood or?stool. When you have an infection, your body mounts an immune attack and creates antibodies against that specific organism?s antigen (the protein your body identifies as foreign).

Antibody tests measure your body?s immune response to an organism. This type of testing lets you know that there was an organism present at some moment in time, but it won?t necessarily tell you if it?s active, since antibodies can remain elevated even after the intruder is eliminated.

Similarly, antigen testing can identify the presence of an organism. Performing a stool antigen test for H. pylori is a preferred method, as it?s less invasive than other methods and is both sensitive and specific for active infection.

Antibody and antigen testing can be run through standard labs, as well as via BioHealth Laboratory, Genova Diagnostics, Doctor?s Data, and DRG Laboratory.

Urinary organic acids measure the byproducts of your metabolic processes. Specifically, it?s measuring the metabolites produced by the bacteria and yeast living in?your gut. This is a simple and non-invasive test, since it requires only a urine sample.

Intestinal bacterial overgrowth and yeast infections will cause elevated metabolites, and they?re also useful in assessing carbohydrate and protein malabsorption.

Comprehensive digestive stool analysis is another way to evaluate the health of the GI tract. Using microbial growth-based cultures, biochemical assays, and microscopic evaluation, this thorough test assesses the status of beneficial and pathogenic microorganisms, including aerobic and anaerobic bacteria, yeast, and parasites. Specific analysis includes:

Many of these markers can also be tested as smaller profiles or individual tests.?The full test is offered by Genova Diagnostics and Doctor?s Data, while DRG Laboratories can do a pared-down version with their stool PCR testing.

This test provides a method for verifying the presence of increased intestinal permeability, also called leaky gut. Leaky gut allows food particles, toxins, and products of dysbiosis to enter the bloodstream, where an immune response mounts and inflammation is produced. It?s implicated in many conditions, from IBS to autoimmunity.

One version of the test, the Lactulose-Mannitol test, requires you to drink a solution of the sugars lactulose and mannitol. The degree of permeability is assessed by the amount of sugar recovered in urine.

An updated version of permeability testing called Intestinal Antigenic Permeability Screening?assesses IgA, IgM, and IgG antibody reactions to bacterial endotoxins (LPS) that have entered the bloodstream. It also measures the tight junction proteins zonulin and occludin that break down in leaky gut, as well as a cell structure component called actomyosin. This test may more specifically show the route of gut barrier damage.

Lactose intolerance is one of the most common food intolerances in the US. Consumption of dairy that causes gas, bloating, diarrhea, and abdominal pain is an indication for this type of test. Inability to break down the dairy sugar lactose because of a lack of the digestive enzyme lactase or intestinal irritation results in lactose malabsorption and digestive symptoms.

This test requires you to drink a lactose solution and then take breath samples over a period of several hours. It measures the amount of hydrogen and methane produced when undigested and absorbed lactose is fermented by gut bacteria.

The symptoms are similar to lactose intolerance, because the bacteria are fermenting undigested foods (especially carbohydrates) and producing methane or hydrogen. Bloating, gas, abdominal pain, diarrhea, and constipation are classic symptoms.

During this test, you consume solution of glucose or lactulose, and then breath samples are taken over a period of 2-3 hours. The test measures the amount of hydrogen and methane produced when undigested and unabsorbed lactose is fermented by gut bacteria. High methane is associated with constipation, and high hydrogen levels correlate with diarrhea.

Genova Diagnostic and Commonwealth Labs both offer this test.

There?s certainly no shortage of digestive testing for you to explore. If you don?t get answers from basic tests, perhaps it could be time to consider more functional testing. Many of the tests referenced above can be ordered through Direct Labs, and can shed much light on the root causes of your health symptoms- and like G.I. Joe used to say, knowing is half the battle.